Michael Grandage Company is a London based production company that produces stage and screen work across all media, nationally and internationally.

The company is committed to accessibility and generating new audiences, ensuring that 25% of all stage production seats cost just £10.

MGC also operates a General Management service, looks after a select group of Creative Practitioners and offers a bespoke Arts Consultancy service across both subsidised and commercial sectors. 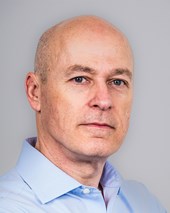 Richard is Non-Executive Chairman of MGC and one of its co-founders. He has served on the boards and governing bodies of several arts-related institutions including Tate St Ives and Falmouth University. He is also a Commissioner of The Royal Hospital, Chelsea, non-executive chair of the College of Legal Practice and an Honorary Fellow of Harris Manchester College, Oxford.

Until his retirement in 2017, he was executive managing partner at Slaughter and May, prior to which he was Head of the firm’s Dispute Resolution group. His practice includes media and entertainment, art and luxury assets, banking, finance and insurance. Richard is listed as an Eminent Practitioner for Litigation and is also named as a leading individual for Commercial Litigation in The Legal 500. 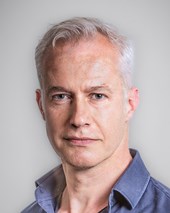 Nick was Executive Producer Donmar Warehouse from 2002 - 2007 and has over 25 years of experience in the theatre industry. During this time he has worked in the subsidised and commercial sectors and has extensive experience of successfully realising productions for different audiences. Whilst at the Donmar under the Artistic Directorship of Sam Mendes and subsequently Michael Grandage, he produced and general managed musicals, classic plays, revivals, and new writing. He transferred many of these productions to both the West End and Broadway. Under his joint leadership with Michael Grandage the theatre won 4 Evening Standard Awards and 8 Olivier Awards.

In 2007 he co-founded CMP (Creative Management and Productions), to produce and general manage. The company produced revivals and new titles and also commissioned new work for the West End. Productions included: The Hound of the Baskervilles (Duchess), Swimming with Sharks (Vaudeville), Year of the Rat  (West Yorkshire Playhouse), Piaf (Vaudeville), Three Days of Rain (Apollo), The Little Dog Laughed (Garrick), the world Premier of Sebastian Faulks’ Birdsong (Comedy), Death and the Maiden (Harold Pinter) and the Royal Opera House’s Olivier Award-winning The Wind in the Willows (Duchess and Vaudeville).

Today, Nick works as Producer with Director Michael Grandage developing work for MGC and produced and commissioned James Graham's Olivier Award-winning Labour of Love, Red and The Lieutenant of Inishmore. He also heads up the Creative Agency for the company. He was on the board of Society of London Theatre and is currently on the Boards of Wiltshire Creative, Salisbury and Park Theatre, London. Michael Grandage is Artistic Director of the Michael Grandage Company (MGC) where he has directed numerous productions in the West End and on Broadway including Aidan Turner in The Lieutenant of Inishmore, Nicole Kidman in Photograph 51, Jude Law in Henry V, Daniel Radcliffe in The Cripple of Inishmaan and Judi Dench & Ben Whishaw in Peter and Alice. He has also directed the feature film Genius with Colin Firth for MGC.

His Opera work includes Madama Butterfly for Houston Grand Opera and Chicago Lyric Opera, Le Nozzi de Figaro for Glyndbourne and Houston, Don Giovanni for the Met and this new San Francisco production of Billy Budd, which has also been seen at Glyndbourne and BAM in New York.

He was Artistic Director of the Donmar Warehouse (2002–2012) and Sheffield Theatres (2000-2005) where his work included Chiwetel Ejiofor in Othello, Frank Langella and Michael Sheen in Frost/Nixon, Derek Jacobi in King Lear, Eddie Redmayne and Alfred Molina in Red (Tony Award for Best Director), Jude Law in Hamlet and Kenneth Branagh in Ivanov. He won three Olivier Awards for his musical productions of Guys and Dolls, Merrily We Roll Along and Grand Hotel.

He is President of the Royal Central School of Speech and Drama. He was appointed CBE in the Queen’s Birthday Honors 2011. His book, A Decade At The Donmar, was published by Constable & Robins in 2012. His charity, set up to help young theatre makers, can be found at www.mgcfutures.com. 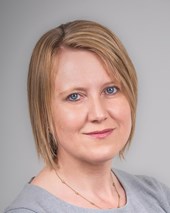 Stella joined MGC as Executive Director in 2015, working with Michael Grandage to further develop and expand the company. She has worked in the industry for over 25 years across both the commercial and subsidised sectors. Stella first worked with Michael at Sheffield Theatres during his tenure as Artistic Director. Subsequently she opened Curve Theatre in Leicester, and established the venue as a key producing theatre and community venue, before embarking on a freelance career guiding a range of theatre companies in the strategic development of their organisations. 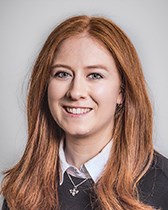 Molly supports the Producer on all MGC productions, as well as helping to look after our Creative Agency clients. She returned to MGC in 2016 following a year with the RSC working on Matilda. She began her career working as an intern on MGC’s first season of work before being made General Assistant and working on MGC’s first film project Genius, Dawn French’s 30 Million Minutes and the Broadway transfer of The Cripple of Inishmaan. 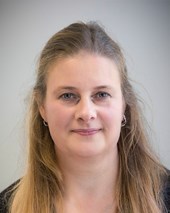 Kate Morley is the Director of Kate Morley PR - a specialist theatre public relations company working across both the subsidised and commercial sectors. In addition the company also represent a number of creative professionals across the film, television and theatre sectors, steering their media profile both in the UK and internationally. Kate worked with Michael for his entire tenure at the Donmar, and moved with him as he began MGC in 2011. 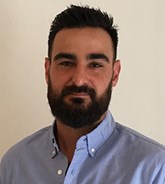 Andrew looks after the development of MGC’s work in TV and film heading up our screen and content division in New York and LA. He previously worked in development for the Weinstein Company, Red Crown Productions, and Tectonic Theater Project. On stage, he has produced the US revival of The Killing of Sister George, featuring Oscar nominated actress Kathleen Turner, and the Off-Broadway revival of Beirut. He also produced a concert/performance series for Grammy nominee Angela McCluskey of Telepopmusik. Andrew got his start working for Oscar-winning filmmaker Michel Gondry. He is alumnus of NYU’s Tisch School of the Arts.

If you want to find out more about our work please call or email us.